Sri Chinmoy, The Wings of Joy

We are all seekers, and our goal is the same: to achieve inner peace, light, and joy, to become inseparably one with our Source, and to lead lives full of true satisfaction.

To live in joy is to live the inner life. This is the life that leads to self-realisation. Self-realisation is God-realisation, for God is nothing other than the Divinity that is deep inside each one of us, waiting to be discovered and revealed. We may also refer to God as the Inner Pilot or the Supreme. But no matter which term we use, we mean the Highest within us, that which is the ultimate goal of our spiritual quest.

A spiritual person should be a normal person, a sound person. In order to reach God, a spiritual person has to be divinely practical in his day-to-day activities. In divine practicality, we share our inner wealth. We feel the divine motivation behind each action and share the result with others. Spirituality does not negate the outer life. The outer life should be the manifestation of the divine life within us.

~Sri Chinmoy, The Wings of Joy 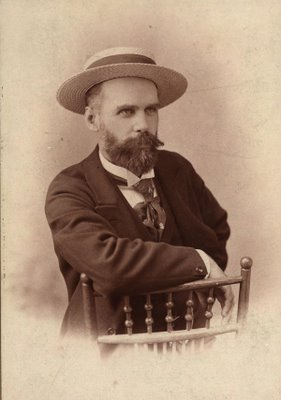 I have started researching on my old friend J. William Lloyd. He died in 1940 at age 83.

He based his individualist anarchism upon natural law, rather than on egoism as Benjamin Tucker did; this was a source of conflict amidst otherwise friendly relations between Tucker and himself. Lloyd later modified his position to minarchism.

Lloyd moved to California in the early 1920s and built a house on Freedom Hill. He set up a small community called Freedom Hill somewhere in present day Sun Valley, CA.


Freedom Hill was founded by Leroy Henry in 1913, and it was Henry who gave it its name. Lloyd, who hadn't seen Henry since the 1880's, visited him there in 1915, and in 1922, upon moving to California, he purchased from Henry a small plot on the Hill, on which he built his house. There was a loose colony on Freedom Hill, but Lloyd lived apart from it.

Many of his works were published by the Freedom Hill Pressery. Lloyd listed his address as Swallow's Nest, Freedom Hill, Roscoe, California. 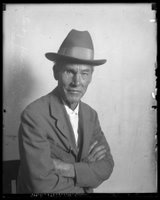 You can read one his tract titled: Freedom Hill: The Place of Evergreen Happiness by clicking here.

Does anyone know where Freedom Hill was? I am guessing that it was in La Tuna Canyon. If you think you know, please email me here. I know where it was now. 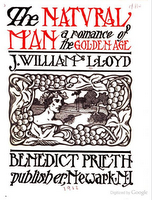 Above from University of Michigan Archives, J. William Lloyd.

Below left from Google Books