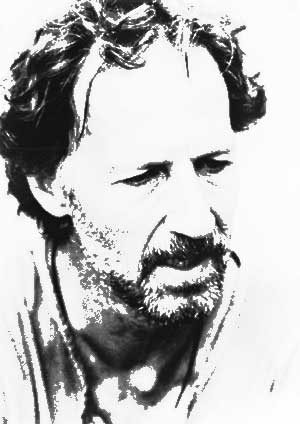 Werner, Werner, Werner...you have grown a bit weary, but oh how important it is for us to hear what you have to say.

"And what haunts me, is that in all the faces of all the bears that Treadwell ever filmed, I discover no kinship, no understanding, no mercy. I see only the overwhelming indifference of nature. To me, there is no such thing as a secret world of the bears. And this blank stare speaks only of a half-bored interest in food. But for Timothy Treadwell, this bear was a friend, a savior."

"Film is not analysis, it is the agitation of mind; cinema comes from the country fair and the circus, not from art and academicism."

"It is not only my dreams, my belief is that all these dreams are your's as well. The only distinction between me and you is that I can articulate them. And that is what poetry or painting or literature or film making is all about... it's as simple as that. I make films because I have not learned anything else and I know I can do it to a certain degree. And it is my duty because this might be the inner chronicle of what we are. We have to articulate ourselves, otherwise we would be cows in the field."

"There are deeper strata of truth in cinema, and there is such a thing as poetic, ecstatic truth. It is mysterious and elusive, and can be reached only through fabrication and imagination and stylization."

Build Your Ship of Death 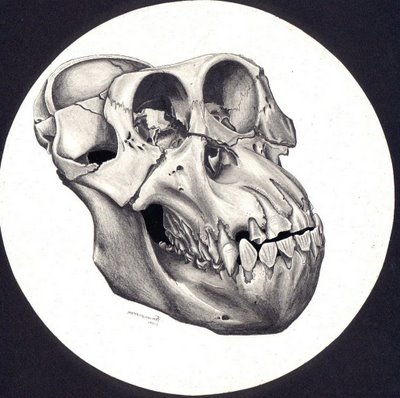 The Ship of Death
by D. H. Lawrence

Now it is autumn and the falling fruit
and the long journey towards oblivion.

The apples falling like great drops of dew
to bruise themselves an exit from themselves.

5 And it is time to go, to bid farewell
to one's own self, and find an exit
from the fallen self.

10 The grim frost is at hand, when the apples will fall
thick, almost thundrous, on the hardened earth.

And death is on the air like a smell of ashes!
Ah! can't you smell it?

And in the bruised body, the frightened soul
15 finds itself shrinking, wincing from the cold
that blows upon it through the orifices.

And can a man his own quietus make
with a bare bodkin?

With daggers, bodkins, bullets, man can make
20 a bruise or break of exit for his life;
but is that a quietus, O tell me, is it quietus?

Surely not so! for how could murder, even self-murder
ever a quietus make?

O let us talk of quiet that we know,
25 that we can know, the deep and lovely quiet
of a strong heart at peace!

How can we this, our own quietus, make?

Build then the ship of death, for you must take
the longest journey, to oblivion.

30 And die the death, the long and painful death
that lies between the old self and the new.

Already our bodies are fallen, bruised, badly bruised,
already our souls are oozing through the exit
of the cruel bruise.

35 Already the dark and endless ocean of the end
is washing in through the breaches of our wounds,
already the flood is upon us.

Oh build your ship of death, your little ark
and furnish it with food, with little cakes, and wine
40 for the dark flight down oblivion. 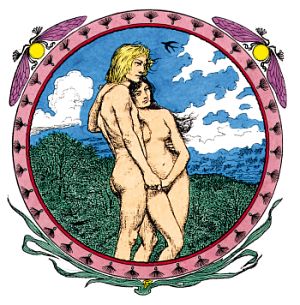 1930's Harlem there actually were long-haired bearded individuals during this same era who wore sandals or bare feet and usually tended to favor mild subtropical places like southern California and Florida where they could forage their meals from the fruit trees that were so plentiful then...

"Nature Boys" as they were later called were without exception either German immigrants or American youths whose lives were influenced by transplanted Germans that spread their Lebensreform (life-reform) message to anyone ready for a radical departure from the accepted boundaries of 20th century civilization...

Modern primitives, naturmensch, wandervogel, bohemians, reformers, wayfarers, and vagabonds are all expressions that evoke a tone of something wholly apart from the orthodox...

Germany had always made a virtue of their late submission to Latin civilization and had glorified the natural man and woman with all of their virtues and vices. Over 2000 years ago (about 51 B.C.) Julius Caesar noted of the Germans: "The only beings they recognize as gods are things that they can see, and by which they are obviously benefited, such as sun, moon and fire; the other gods they have never even heard of."...

Thus the religiosity of the Indo-Germanic people, whenever their nature can unfold itself freely, emerges only in that form which religious science has described as "nature religion" or "earth religions". To remove the German soul from the natural landscape is to kill it. The Romans knew this so once Christianity had become the state religion of the Roman Empire their missionaries were eager to chop down the German forests and set their temples on fire...

In 1796 Christoph Wilhelm Hufeland of Weimar published his landmark study of aging "The Art Of Prolonging Life" using the word "macrobiotic" in the preface of the book, while the second edition used the word in it's title. His emphasis on exercise and fresh air, sunbathing, cleanliness, regular scheduling, temperate diet, stimulating travel and meditation were all far ahead of their time...

In 1866 Ernst Haeckel of Jena University first employed the term "ecology", thereby establishing it as a permanent scientific discipline for all future generations. Ecology as a concept had more in common with Buddhism and its recognition of the oneness of all life...

In the 19th century hiking societies proliferated in Germany. One group "Friends Of Nature" were into social hiking and used the slogan:

Mostly the Wandervogel sought communion with nature, with the ancient folk-spirit as embodied in the traditional peasant culture, and with one another. They developed a harmonious mystic resonance with their environment...

The expression "Lebensreform" (life-reform) was first used in 1896, and comprised various German social trends of the 19th and first half of the 20th century...

Elizabeth Dorr with some of her daughters at Ascona, 1905 (Note the headbands!) 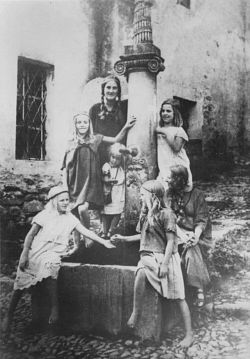 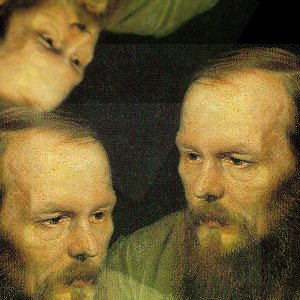 If you haven't already, now is the time to read The Brothers Karamazov

You will never be the same.

PS. Learn even more about my good friend Fedor Mikhailovich Dostoevsky with whom I was arrested together with in 1849. We both had belonged to an illegal literary/political group. I even helped him on his first novel titled in English Poor Folk. 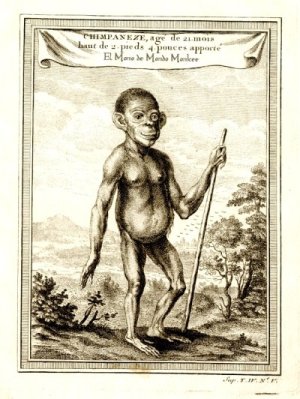 Yep, that's me (or at least the artist's conception of me) in 1748. This image appeared in the famous French philosopher and writer Diderot's Encyclopedie

As you can see from the engraving, I was not exactly flattered by the rendition, yet for historical purposes, it serves this blog well. For one, it proves to the skeptical that I was indeed here on earth over 250 years ago. Of course, I claim to have been here much longer, but for now, this picture helps me prove my existence in the 18th century.

As time permits, I will search for portraits of me from bygone eras. These old drawings in history act as my own personal scrapbook. Hope you enjoy them as much as I do. 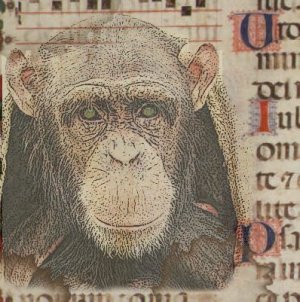 Beatrice...I haven't seen in years. She was once the main focus of my life. It took a long time to heal the pain of her loss, but I am over it now.

She captivated Dante's heart and became his muse and inspired his Divine Comedy. Her ability to play human roles was that good.

It is said that she died in 1290, but as a traveler, I am not inclined to believe all stories, especially stories of death.

And to die is different from what any one supposed, and luckier. 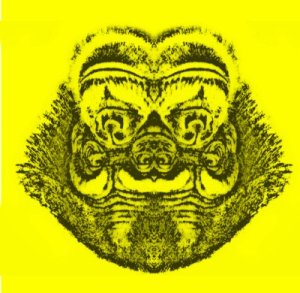 What I saw the first time, for a split second.

As Walt says in the Leaves:

Has any one supposed it lucky to be born?
I hasten to inform him or her it is just as lucky to die, and I know it.

I pass death with the dying and birth with the new-wash'd babe, and
am not contain'd between my hat and boots,
And peruse manifold objects, no two alike and every one good,
The earth good and the stars good, and their adjuncts all good.

I am not an earth nor an adjunct of an earth,
I am the mate and companion of people, all just as immortal and
fathomless as myself,
(They do not know how immortal, but I know.) 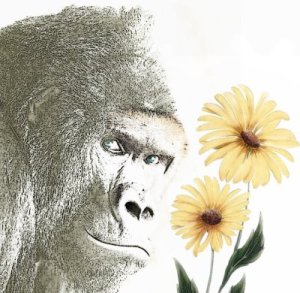 One of my good friends is Kierk the Gorilla.

He's a big, gentle, "lyrical philosopher". At least that's what he calls himself.

His hobby is cultivating daisies. He claims they are edible, yet I am not planning on eating any, for after he eats them, he starts talking to himself in a strange voice. His eyes become wild, and then he dances in a circle, spinning until he can't spin any more. What's worse is that he forgets the whole thing and continues to claim they are good for your health and safe. I am NOT convinced.

He is working on a philosophy that is a synthesis of the Judeo-Christian God-Man with the Greek tradition of Mind/Body duality. It's a little too heavy for me, and he does not have much of an audience; however, when the timing is right, some of the things he says can be very interesting.

Hopefully, I will have time to write down some of his most interesting ideas in the near future. There are at least two people in the world who would benefit from them.