That I am I 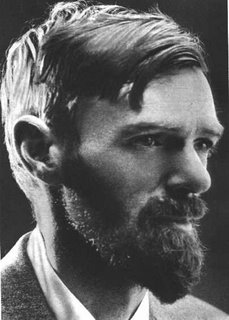 This is what I believe:

That my soul is a dark forest.

That my known self will never be more than a little clearing in the forest.

That gods, strange gods, come forth from the forest into the clearing of my known self, and then go back.

That I must have the courage to let them come and go.

That I will never let mankind put anything over me, but that I will try always to recognize and submit to the gods in me and the gods in other men and women.

There is my creed. 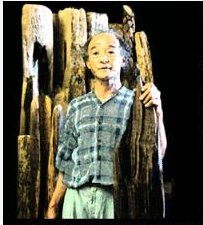 Archeology makes the mind wonder and brings an appealing emotion as well as understanding, and an indelible mystery of presence. From its very process I find inspiration. From any discarded material that has gone through the process of history and humanization is the potential of presence, not only physical but also spiritual. I feel in them the mystery of history and seek to bring out the spiritual essence and presence inherent in such materials.

I use discarded wood, railroad ties, telephone poles, beams and other woods shaped by the element and living things in the environment, and strive to work these materials without losing their natural qualities and vitality. To create a form not by imposing a preconceived configuration but by interacting within the structure so that the mediums own life history becomes the determinant of the final form. To execute the sculptures hand tools are used. I feel that to develop these materials in this manner it is impossible to go at a machine pace. It is essential to feel nature’s vitality and endowments.

Being a humanist, my art is deeply rooted in that sense. It evolves from my spirituality. And the essence of the approach is freedom of spirit. Finalizing, I strive to keep each work as natural as the medium itself yet to exist in another realm, exuding emotion and spirituality. Such as in the “Thunder Silence” of Zen.


12 Theses for a Non-violent Culture 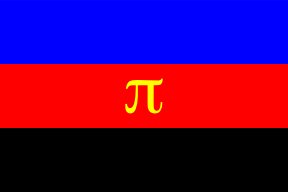 12 Theses for a Non-violent Culture

1. Home for the children

In a non-violent world children grow up in confidence and trust. The future of humanity depends on the fate of its children. A childhood marked by distrust and violence will not bring about humane beings. Provide a home to children where they can again trust their parents.

Love is the source of humane thinking and non-violent action. Love comes from trust and trust comes from truth. Create living environments where human beings have no reason for lies and fear. Create the social and ecological conditions for love. Confidence and love are the most fundamental powers in all of creation.

Sexuality is an elementary force of life and of the joy of existence. Sexuality is free. It can neither be confined by marriage pledges nor by tight moral constrictions, instead it needs truth and trust. Create the moral and social conditions for free sexuality.

The organic environment for human beings is the community. Natural values like truth, trust, solidarity and responsible participation without philosophical nit-picking, can only be realized within communities that have developed organically. The non-violent society of human beings is a network of communitarian communities. Only in this way can the original concept of socialism be brought to reality in a humane way. Create functioning communities.

6. Freedom and autonomy of the individual

A free world comprises individuals who say what they think and share what touches them. They are not subordinate to anything but their own knowledge and consciousness. The mature community is a grassroots democracy of free individuals. It is a human collective that is not led collectively in the name of a leader or an ideology. The individual and the community are equal and complementary forces in a non-violent world.

The reflecting intellect is a young and powerful fruit on the tree of evolution. Free and creative thinking dissolves all rigid ideologies. The secrets of existence are beyond all scientific or religious terminology. Individual autonomy is a direct result of a thinking that is free of fear. Overcome all creeds and dogmas of scientific and political systems. Create universities for the powers of growth inherent in free thinking.

Just like Eros and the intellect, spirituality is one of the elemental powers of human existence. We live in an endless radiant universe. Everything we are and everything surrounding us has roots in the universe. Spiritual love is the connectedness with the whole. Therefore we do not need a religious confession nor predetermined answers. The answer will come through the spiritual opening of the mind. Create a free religious spirit without laws and without dogmas.

Nature is our link with Creation. We are its offspring like a child that is born from its mother's womb. The secret of human existence is part of the secret of nature. Whatever we do to nature we do to ourselves. The outer and inner environment are two aspects of the same world. Let us take care of Mother Nature and become aware of the processes of growth and their rhythms and interrelatedness. Cooperation with all vital energies and respect for life are the prerequisites for a non-violent and humane civilisation.

Stop all cruelty toward animals. Like us they are part of the living organism of the biosphere. Like us they are beings with souls, just at a different level of evolution. In a non-violent culture whales are not killed, animals are not kept for slaughter, and fur farming does not exist. Create spaces for a co-existence of human beings and animals that is free of fear. Animals do not exist for us to slaughter but to help us to learn to see.

All of the thoughts above join together to form a new biotope for healing. Such a biotope contains the informational totality for a non-violent existence on Planet Earth. Create pilot models for this informational totality. Create international centers where the social, technical, ecological and spiritual structures are such that the healing powers of life - trust, Eros, Logos and symbiosis - are promoted in the best possible way.

Today, within all countries and cultures on earth there are people who have irrevocably understood the necessity of a positive inner and outer revolution. They all contribute certain thoughts, certain convictions, and certain aspects to the overall view of the tasks at hand. It is not machines but people who decide if a future worth living is possible. In that spirit we want to invite you to join the network for a non-violent earth.